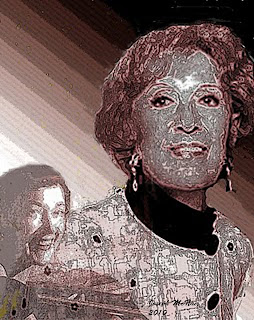 “flexible, complex, impossible to pigeon-hole”
is what some say of yr musical style. like the song,
i might say, u really are “too marvelous for words” –-
a prodigy still at ninety-two. u made leonard
feather very wrong about that tall, laughing chick who
was english, white &… a girl. three deadly strikes, he said,
limiting yr success in new york & the jazz world
at large. but u found a nest in the hickory house
with its high ceilings, oval bar & cozy bandstand,
& learned yr craft from a nightly procession of stars
who came to hear u; play with u -- ellington, hawkins,
shaw, goodman, strayhorn, even oscar peterson,
teaching u, growing u up & loving u madly.