most interesting of our american birds (16) 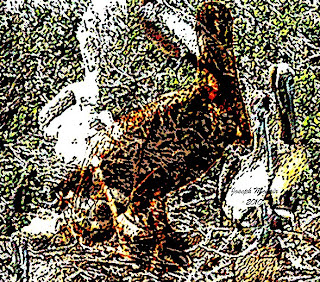 most interesting of our american birds

the gooey oil washing into the maze of marshes along the
gulf coast could prove impossible to remove, leaving a
toxic stew lethal to fish and wildlife...
government officials & independent
scientists

most interesting of our american birds
whose iconic flight & voracious appetite
inspired no less than audubon to inscribe
rhapsodically in his journals:

listen to the sound of the splash they make
as they drive their open bills, like a pock-net,
into the sea…

a pelican feeding its young embossed on
louisiana’s state seal by 1804 & on her blue
unfurling flag by 1912, a fitting perch for one
who’d tear her own flesh to feed her young.

one of ornithology’s most astonishing events,
in 1966, the year it became louisiana’s state
bird, pelecanus fuscus vanished like the hero
in a novel from the state’s entire coast.

did concurrent tropical storms savage vulnerable
nests in its overwash? perhaps some pathogen
or virulent human encroachment struck? or
more likely the toxic pesticides from

agricultural plains, drained into the mighty
mississip, got absorbed by anchovies &
other favored fish -- did an inside job on
eggshell formation, on eggshell thickness,

& caused the heroic pelican – the same who
would destroy itself to feed its young -- to
destroy its eggs as it sat on them within its
nest to incubate & protect them.

thus did the brown pelican become like a
novel’s anti-hero whose one abiding trait
is bewildered & anxious uncertainty about the
futility & fundamental amorality of life.

for despite efforts to transplant fledglings from
florida’s peninsula, at hundreds per year, or
banning ddt, the pelican will never see any
pattern in life & rarely its destination.

we can see this now in the frightened eyes of
oil-soaked birds who hobble like drunks at dawn’s
break on barataria bay because they cannot fly;
whose brown & white feathers, are now jet black.

whose nests & new hatchlings are coated with
crude, whose gunk-glazed eggs, like their habitats,
may never be cleaned or saved, whose offensive
images are the new expletives for corporate greed

& signs of our failure to live in harmony with nature,
symbols of our disdain for ecological balance,
signifiers of our suicidal self-absorption --
new metaphors for our insanity.