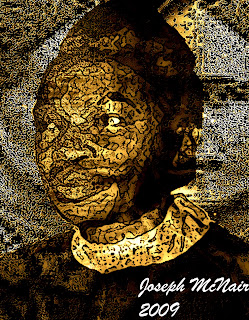 i ask no monument, proud and high,
to arrest the gaze of passers-by;
all that my yearning spirit craves,
is bury me not in a land of slaves…

for u there need be no monument, born free in a
slave state, yr father’s name lost to history – yr
poetry was always free.

for u there need be no monument, who grew up
among frederick douglass’ friends, living at one
time in an underground railroad station;

who became john brown’s fervent friend,
recognizing his white gift to yr people, long
before his body lay a molderin’ in his grave.

for u there need be no monument, yr poems,
reeking of longfellow & greenleaf whittier,
preached moral uplift; rebuked peculiar slavery &

counseled the oppressed to free themselves from
demoralized condition. perhaps yr domestic work
in that quaker household – whose library was

in poetic voice, in vernacular speech, long before
the impassioned lines of james edwin campbell,
long before the brilliant paul lawrence dunbar,

for the young anonymous black slave girl,
snatched & sold from a mother’s warm &
comforting arms to the licentious clutches
of libertine or preying profligates –

for the black slave mother, whose chained
heart was ripped & shredded by mournful
separations –

for the enlightened consciousness of a
woman who once believed that romance &
married love was the only goal & center of
her life.

for u there need be no monument, who lived to see
slavery fall & turned the sharpened edge of yr
verse to a woman’s true freedom;

to emancipation from alcohol; to a life of joy &
trust in the divine, of forgiveness & self-surrender.
for u there need be no monument.