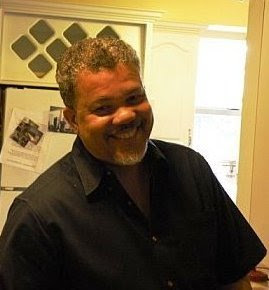 Award winning poet, Geoffrey Philp, was kind enough to write the following introduction for my book, A Chorus of Male Voices (2009), from which the thirty-three preceding poems posted on this blog were drawn. His blogspot may be seen and experienced at http://geoffreyphilp.blogspot.com/2006/11/about-geoffrey-philps-blog-spot.html

Joseph McNair's, A Chorus of Male Voices, is both a primer and testament to the male poets whose verse influenced his development as a writer. In the first of a two part collection (the second half will be the female voices), McNair takes us on a poetic journey that begins with John Donne and ends with Reginald Lockett, his "friend and agemate."

It is significant that McNair begins with John Donne, the English poet best known for his "vigorous scrutiny/ of passionate sexual love," but who is also known for "Batter my heart, three-person'd God," for throughout the collection, McNair struggles with his highest spiritual aspirations and the wanton lusts of the body. His understanding of this conflict is underscored by his readings of Andrew Marvell, Lord Byron, and Percy Bysshe Shelly: "u are blessed that/ he favored u with swollen loins & lusty lines of verse." But then, tragedies ensue and the figure of Edgar Allen Poe looms over McNair's life: "original wit which/ from the grave/ continues still/to enthrall."

And, subtly, a change is evident. McNair begins to read Walt Whitman, William Ernest Henley, and Frederico Garcia Lorca: "u taught me of the wildness of grief/ so out of control, so hysterical,/ without promise of consolation or/ moving on." One senses that out of this existential turmoil, reflected in his choice of poets, a healing has taken place.

McNair's range deepens and his poetry sings in a different register that frees him to include the lesser known voices of the African-American tradition: Paul Lawrence Dunbar, Jean Toomer, and Langston Hughes. These are the poets, who despite the restrictions of race and class, transcended barriers and wrote poems that embodied the highest values of humanity, epitomized in Sterling A. Brown and which could also be a description of McNair, "poet, pedant & bluesman yr veritable/ verse stands tall, defiant--its head/ unbowed." And, by the end of the collection, there is an acceptance of mortality and the mystery of love in McNair's tribute to Reginald Lockett: "there are none/who have known u who do not/ happily carry the weight of yr/ verse, yr love of life & memory."

What is also remarkable about the collection is McNair's humility in learning the craft of poetry and each poem bears witness to the many lessons that he learned during his apprenticeship to poets such as Alfred Tennyson: "to keep/ a sacred charge to be a foil &bane/ to custom; even prophesy & grow/ my verse to lay my feeble critics low,"; Robert Frost: "i hear the lonely in yr/ lyrics; I can hear their siren song," and Ezra Pound: "delayed rhyme/ polyphonically simple, lightened/by stark emotion;/ a one-image poem."

In A Chorus of Male Voices what also emerges is a portrait of the jazzman as a student of poetry--riffing on a line by Countee Cullen or expanding the range of a thought by Bob Kaufman. McNair's technique of mimesis and extrapolation is blended into a torrent of words and enjambments that transport the reader into the understanding that he has mastered the language of these poets in tone and timbre.

A Chorus of Male Voices is part autobiography, part confessional and joyous testifyin' to the power and glory of poetry. McNair's collection sparkles with wit and with the deep wisdom that to engage his work is to enter a universe that is steeped in a jazz aesthetic and a catholic embrace of intertexuality from the Western canon and from the emerging African-American tradition in which he rightly takes his place.

Posted by Joseph McNair at 5:37 AM